Rae Doyle has been sharing neighborhood stories in the West Portal Monthly for two decades. (Photo by Mary Hunt)

SENIOR BEAT – Rae Doyle has introduced her neighborhood to a variety of local people they might never have noticed.

As associate editor of the West Portal Monthly over the past 20 years, she has treated readers to a panoply of profiles of interesting neighbors and small business owners, from the Vietnam War dog handler Dr. Alan Walden to David Neumann of Orthodox Chews, the not-especially-kosher salt water taffy.

Doyle came to journalism after raising five children, retiring from AT&T, and earning a bachelor’s degree in Liberal Studies from San Francisco State University. What to do next?

The answer lay right across the street from her. A builder began developing Edgehill Mountain, and Doyle’ss first news articles for the West Portal Monthly chronicled the neighborhood’s desire to keep it an urban forest. The Greater West Portal Neighborhood Association eventually had Edgehill zoned as a park to stop further building.

Blockbuster a kind of booster

Then, an attempt by Blockbuster Video to establish a store on West Portal Avenue pointed the way toward her series of neighborhood profiles. “City neighborhoods at this time were trying to preserve the ‘village feel’ of the neighborhood shopping streets by keeping chain stores at bay,” she said.

Chains generally had very little window appeal, tended to attract other chains and forced out smaller shops. Starbucks, Walgreens, Rite Aid and Noah’s Bagels had already made inroads. And, it would have put more stress on parking, always at a premium.

Besides, the neighborhood already had two such stores, Diamond Video and Home Video, that were locally owned.

Blockbuster’s market research had failed to register the neighborhood’s irritation with chains. “Instead of approaching the neighborhood as one would a skittish horse, they forged ahead without informing the community of their plans,” Rae wrote in April, 1999.

Neighborhood association members obtained 4,000 signatures on a petition to stop Blockbuster, mustered a sizable crowd of demonstrators and marched up and down West Portal Avenue in protest.

After several trips to city hall and petitions on both sides, Blockbuster eventually pulled out of negotiations.

It was a victory for the community – and her. “I won a lot of points with my kids for getting involved with GWPNA and demonstrating,” she said.

The story behind the story

It wasn’t the first time her work earned points. In 1942, Rae interviewed a Hawaiian girl, who had been sent to live with relatives because her parents feared another attack on Hawaii, for her high school newspaper. The girl pointed out that Hawaii was not interning Japanese people even though it was far more susceptible to espionage and attack than California. The reason was that the Hawaiian economy would collapse if the Japanese were interned because they held so many jobs and owned so many businesses. Columbus (Ohio) University included the article in its quarterly compilation of best high school newspaper articles.

After blocking Blockbuster, Doyle became interested in local business providers, and thought residents might like to know more about them, too. The shop that would have been most affected by a Blockbuster move-in was Home Video, a small video rental store on West Portal Avenue.

But she found a much bigger story than she’d expected when she interviewed owners Jesse and Gus Peña.

Born in Cuba, the brothers had been part of a massive resettlement of Cuban children to the United States between 1960 and 1962. Cuban parents were afraid their children would be recruited into Castro’s militias, or forced into government indoctrination camps.

Kept secret in both Cuba and the United States, the Catholic Church and the U.S. government organized “Operation Pedro Pan,” in which 14,000 children were issued visa waivers and flown to Miami.

The idea was that their parents would join them within months. But when the Cuban missile crisis ended all flights between Havana and the U.S., the children were stranded, stuck in orphanages, foster homes, and even homes for delinquents, in 35 states across the country.

“Jesse and Gus were lucky,” said Doyle. “Their parents got out of Cuba nine months before the flights ended. But some children never saw their parents again until they were grown.”

Doyle then embarked on a series of profiles of West Portal merchants who grew up in the neighborhood and opened businesses here. Maryo Mogannum of Postal Chase, Paul Barbagelata of the realty company, and Matt Rogers of Papenhausen Hardware were some of her subjects.

She has also written two profiles of Ursula Marsten, who just closed her White Rose boutique in February after 27 years on West Portal Avenue. The first story began: “When a chic black dress was stolen from a mannequin in front of the White Rose, proprietor Ursula Marsten speculated that the thief was young. Why? ‘Well, the thief didn’t take the hat that went with it,’ she said.”

Doyle loved doing those merchant profiles, she said. “I’d go in expecting a straightforward tale and suddenly it would just blossom into a fascinating, much bigger story.”

Now 92, Doyle said she knows she will run out of steam eventually. In the meantime, she has archived source material on local issues and neighborhood history to sort through. She plans to donate it to the library.

And she feels lucky. “I have choices and options. I own my own home, my children live near me. I’ve been able to stay busy with GWPNA and writing for West Portal Monthly.”

She’s currently working on a story about how Papenhausen Hardware employees are faring during repairs after a fire in January damaged the store, a next-door newsstand and hair salon.

As to the future, she’s not sure. “I don’t know that I want to live in a home surrounded by other elderly people in various stages of decline. But do I want someone to live in and take care of me? I don’t know about that, either.”

What would she like to see on a policy level that would help her and others as they grow older?

“Intergenerational programs,” she said without hesitation. “The Dutch have built housing for 20 somethings and older people to live in together. Both generations benefit: The elders have younger people to carry packages and program their phones; the younger people have the benefit of the elders’ wisdom and experience.

“When governments and people improve conditions for the elderly, they are really investing in their own future–for themselves when they age—which, trust me, WILL happen to you, too!”

As CLC started planning for meetings and events  over the next few weeks, it became clear how much Super Bowl 50 may impact our work and travel plans.  So as a public service, we are passing along the information below provided by the Metropolitan Transit Agency (MTA).

The Bay Area is hosting Super Bowl 50! While the game is in Santa Clara, nine days of activities leading up to the game will be in San Francisco. That means transportation impacts from January 23 to February 12. Whether you’re visiting, working or a resident, plan ahead, pack your patience and take transit, bike or walk where you need to go. 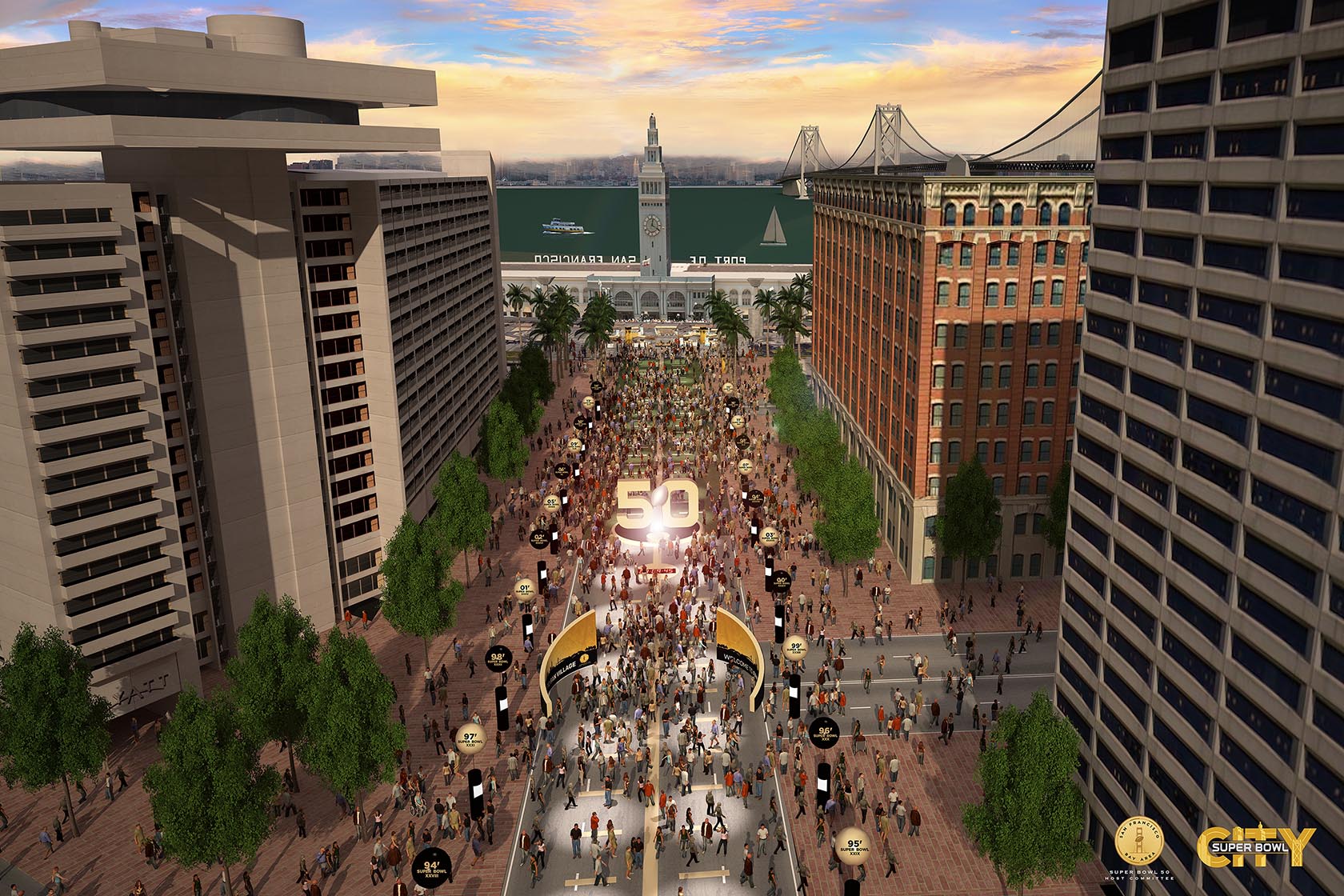 With set-up and take-down, transportation impacts may extend from January 23 – February 12, with these dates subject to change.

We are working closely with the Super Bowl 50 Host Committee and our regional transit partners to ensure that commuters, visitors and locals can get where they need to go as safely and as easily as possible.

Many agencies and departments are working hard to finalize the transportation details for this exciting event. Make sure you have access to the latest information.

At the end of June 2014, Bill Haskell retired from the Department of Aging and Adult Services.  He may be retiring, but has left quite a legacy.  Bill was the staff guru behind the Long Term Care Coordinating Council (LTCCC)  and the development of its many and diverse projects and work groups.  Looking back even further, he has been a mainstay in the movement to plan and develop home and community-based services and support in San Francisco.   This includes work to develop the first residential care hospice program for people with AIDS, Coming Home Hospice.

Read more about the Long Term Care Coordinating Council History (thanks in part to Bill’s hard work) in his “last memo”.

Last week, friends and colleagues of Captain Bill  joined together to applaud Bill’s leadership.  We look forward to seeing what he does as an encore.  Happy travels, Captain Bill, our Superhero! Libby, we will miss you!   You brought passion and commitment and so many gifts of time, talent and treasure to make SanFrancisco a better place for all of us.

Libby Denebeim was honored last year with the Norma Satten Community Service Innovation Award at the Community Living Campaign’s Annual Event.   We invite you to remember Libby through a slide show of pictures we put together for that event.

Libby’s memorial will be Tuesday, November 26 at 11:00 a.m. at Congregation Emanu-El, Arguello and Lake Streets in San Francisco.  Learn more about Libby from this rememberance in the SanFrancisco Chronicle.

We have a cool new work place while we organize the Aging and Disability Technology Summit on May 15th at City Hall.   We share this space with lots of interesting groups, including the Community Technology Network (CTN), a partner in the City’s Broadband Technology Opportunities Program (BTOP).  Our address is 972 Mission Street, 5th Floor, but our mailing address remains the same – P.O. Box 460400, San Francisco, CA 94146.   You can still call us at (415) 821-1003.  We are delighted to learn more about how to share space, resources, and ideas in a collaborative setting.

Find out about upcoming events, get healthy aging tips, and other great information every month.